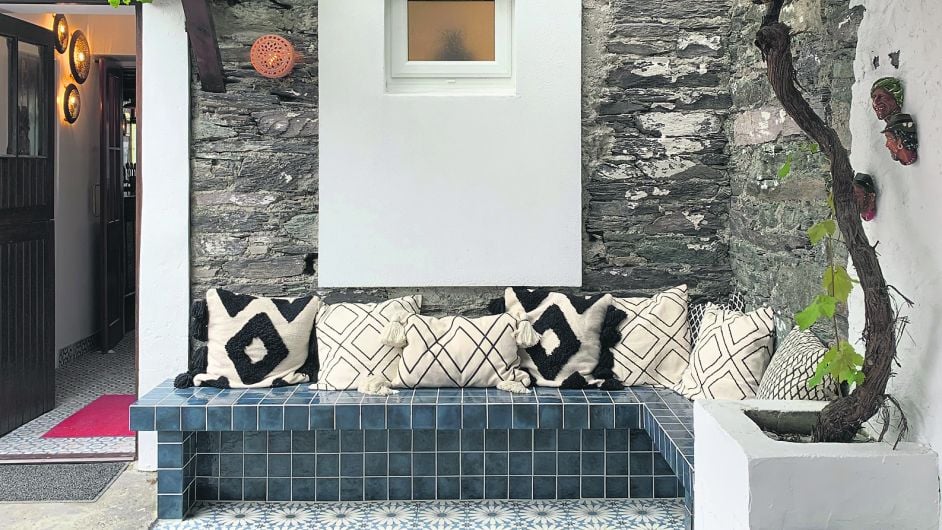 The premises was bought by the Californian couple, who embarked on a major refurbishment project, while also maintaining the pub’s character.

THE Algiers Inn in Baltimore has been shortlisted for two prestigious fit-out awards for their major refurbishment carried out in 2020.

The 130-year-old pub is up for the Fit Out Client of the Year and also Excellence in Collaboration awards after totally renovating the historic premises.

Launched in 2012, the awards celebrate excellence in the execution of world-class fit outs, and also the people and clients who drive these projects.

Owners Bill and Ann Hillyard engaged COLLAB Design Studio to update the interior of The Algiers Inn with the design brief that the character of the old pub should not be fundamentally changed.

In coming up with the design concept, COLLAB drew heavily on Baltimore’s North African history.

The bar gets its name from the attack on the village by Barbary pirates from North Africa in 1631, who made off with more than 100 locals, sold into lives of slavery and the pub has featured on TV numerous times, including in Fáilte Ireland campaigns.

The Hillyards, who are from California, purchased The Algiers Inn in February of 2020.

The refurbishment work was to be carried out over the course of the year with minimal interruption to trading. The Covid-19 pandemic changed all that, however. They had traded for less than a month before being forced to close their doors. The pandemic presented additional challenges as well.

‘We did almost all of the work ourselves,’ Bill Hillyard said. ‘A carpenter friend, Norman Rowe, had been visiting us. He stayed on through the first lockdown to help us complete the work. What you can’t see is the miles of cabling we pulled through walls and floors as we rewired the building,’ he said.

‘The whole thing turned out to be a much bigger project than we had anticipated!’

Working by themselves and under the limitations of the pandemic, the fit out took them six months to complete.

The Hillyards are delighted with the outcome. And the feedback from their customers has been very positive as well. ‘Many of our customers have grown up in the pub,’ Ann Hillyard said. ‘Now the pub has grown up with them!’

The Fit Out Awards will be presented in Dublin on Wednesday, November 24th.

The Buzz is Back in Baltimore, Ireland