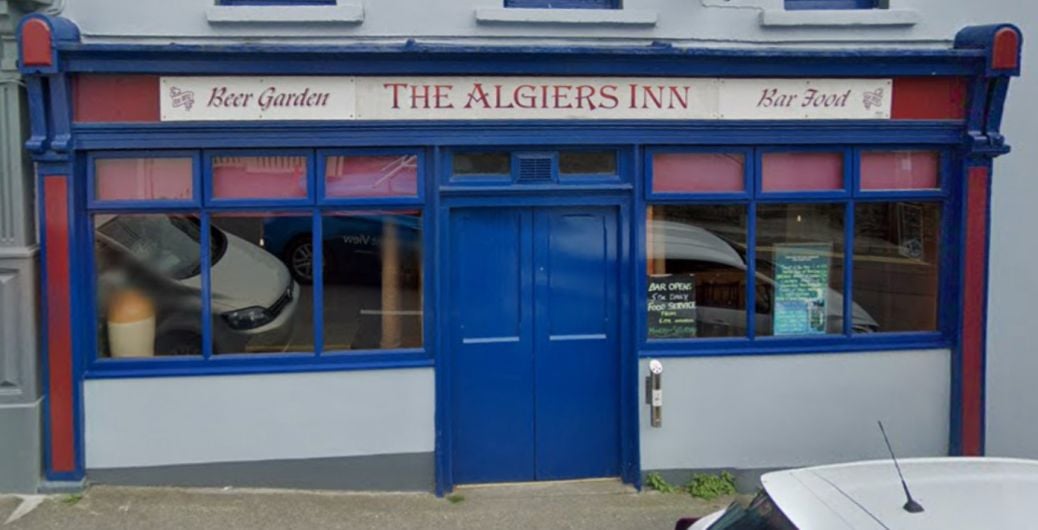 A Californian couple are the new owners of the well-established Algiers Inn in Baltimore and plan to develop the food side of the business. They are already open for business, well in advance of the busy summer season ahead.

A TASTE of California’s Orange County is coming to an historic Baltimore pub, thanks to its new owners. The Algiers Inn, which dates back to 1892, has been bought by US couple William and Ann Hillyard who are keen to develop the food side of the business. Ann is currently on the residential course at the legendary Ballymaloe Cookery School, and their plan is to serve ‘local food, that’s globally-inspired.’ William was involved in corporate-style restaurants in California, and Ann worked as a geologist for over 30 years, so William said they were now ‘looking for change.’
His mother’s family were from Roscommon, and they’ve been travelling to Ireland for many years, before making a permanent move to West Cork, attracted by the food scene and local beauty, seven months ago.

They nearly settled in Clonakilty where they were prepared to make an offer on a pub there, but when they saw the Algiers Inn, they knew they had found their home and bought the premises for an ‘undisclosed sum.’

Only in business a week, William said they’re already convinced they made the right choice.

He said they feel optimistic about the future despite the challenges facing the hospitality industry in this country.

‘There is a fine line between bravery and being foolhardy but we looked at this very carefully. When we were looking for a property, there were 1,200 bars on the market, but that has stabilised now,’ said William.

‘We plan on doing more than just pints and will bring Californian-style foods to Baltimore like tacos, tapas (just not the Spanish type), sharing plates – food with Mexican and Asian influences.’

The bar has been run for years by Kieron Walsh, who previously had family ties to the Eldon Hotel. Staying on in The Algiers will be its barman of over 20 years, Sean McCarthy, who William has described as the ‘best barman in West Cork.’

The bar gets its name from the attack on the village by Barbary pirates from North Africa, who made off with more than 100 locals, sold into lives of slavery and the pub has featured on TV numerous times, including in Fáilte Ireland campaigns. The sale was done jointly by Con O’Neill of Sherry FitzGerald O’Neill and Maurice Cohalan of Cohalan Dowling.

Con said: ‘We’re finding that there is a healthy interest in well located pubs, restaurants and other commercial property for sale and letting across West Cork.’