THERE’s an exotic ring to The Algiers Inn, a West Cork pub whose name memorialises the arrival from the Barbary coast of marauding pirates 400 years ago. Lead by a ferocious Dutchman-turned-Muslim, they made off with a couple of hundred locals and English settlers for sale into the slave trade. The name ‘The Algiers Inn’ recalls that most terrible episode in Baltimore’s history, which left the community riven (one local was hanged for leading the pirates to their victims), when many poor souls were forced to exchange the cool, temperate air of Baltimore for the arid deserts of North Africa and a life of brutal servitude.

Fast forward to 2021, and temperate weather and Moorish influence remain part of the narrative at The Algiers Inn, whose new owners, Californian couple William and Ann Hillyard, have transformed the inn’s interior into an exotic blend of colourful desert décor, bold patterns and cool tiles, wall-hung decorative plates, plenty of greenery and some striking Moroccan pendant lights. 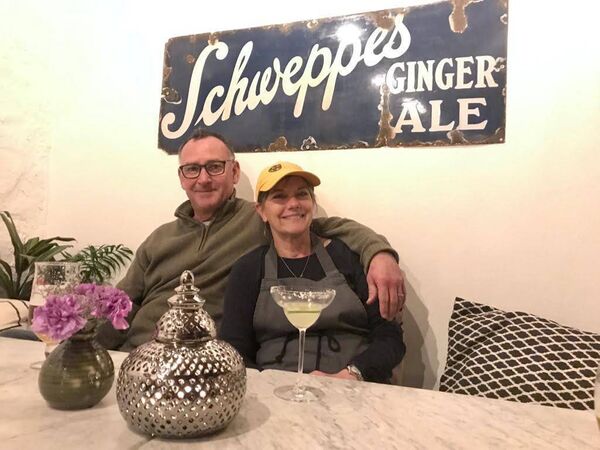 The revamp, done during lockdown, drew on the expertise of Malahide-based COLLAB Design Studio*, and the upshot of the hard work, at a time when materials and tradespeople were in short supply, is the shortlisting of the inn for two prestigious Fit-Out Awards* – FitOut Client of the Year and Excellence in Collaboration. 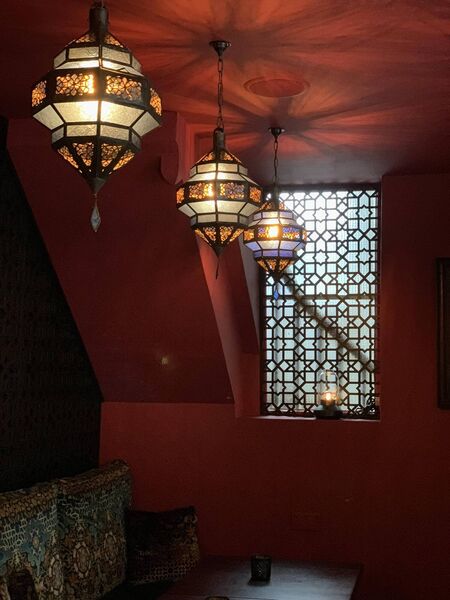 New look at the Algiers Inn

The Hillyards, who had originally set their sights on The Galley in Clonakilty, changed their minds when shown The Algiers Inn in February 2020 by Con O’Neill of Sherry FitzGerald O’Neill. They had decided to quit California spooked by the growing regularity of extreme weather events and the chaos of the Trump presidency.

“In California, European fruit like plums, peaches and pears grew just as well as more tropical fruits like bananas, oranges and pineapples. But in the last couple of years, European fruit stopped growing.

“We were also experiencing more droughts and forest fires. It was scary, and there was no political will to do anything about climate change. When Trump got in, the wheels really came off.

“We felt like we needed to go somewhere where there was rain. We’ve been living here for two years now and really, it’s perpetual Spring,” William says.

The Hillyards were familiar with Ireland — William’s mother is from Roscommon and he has cousins in the Midlands. Buying a West Cork pub was not totally random — he previously ran corporate hospitality venues in California. And while his wife Ann is a geologist, she is also handy in the kitchen. With plans to serve food at their new venue, she signed up for a 12-week Ballymaloe cookery course in early 2020, cut short by the pandemic. She’s now chef-ing at the inn, where food has a distinct Mexican influence and is proving very popular, William says. 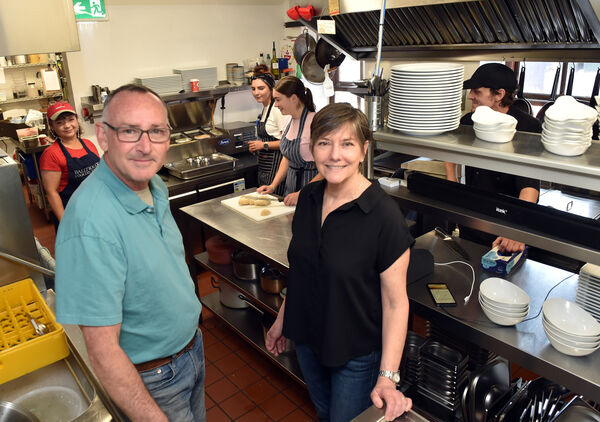 William and Ann at the inn. Picture: Eddie O’Hare

The manual transformation of the inn was carried out by Californian friends of the Hillyards who came to Baltimore to help revamp the overhead living quarters, but ended up staying on due to lockdown. As luck would have it, one of the trio was a talented carpenter, Norman Rowe, and he stayed for nine months. 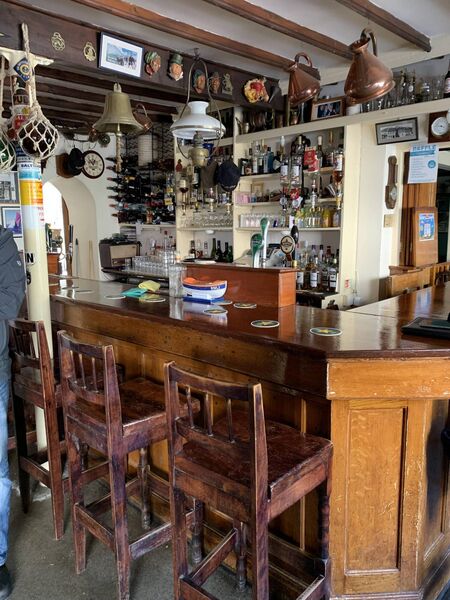 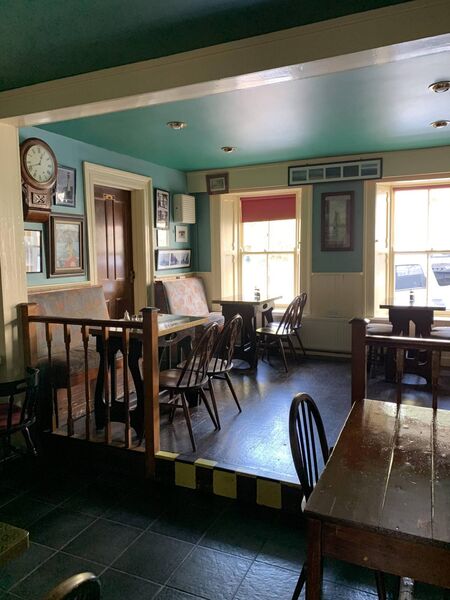 “We had engaged COLLAB Design Studio and the plan initially was to revamp the pub over a year or two. In a way, you could say the lockdown was fortuitous because we decided to press ahead,” William says. There was time for just one face-to-face meeting with COLLAB before travel restrictions kicked in.

“Everything we did was online,” William says. That included ordering materials and communications with COLLAB.

“We’d send them videos of the work we were doing and they would give us feedback,” he adds.

“There was much more to it than we had anticipated and we did it all ourselves. Norman’s talents are evident in the joinery and tiling,” William says.

Tiles and lights came from Morocco, plates from Tunisia and the back bar from Cavan, for €200, via donedeal. The tables were already there, from the Eldon Hotel in Skibbereen, which the inn’s previous owner had family links to. 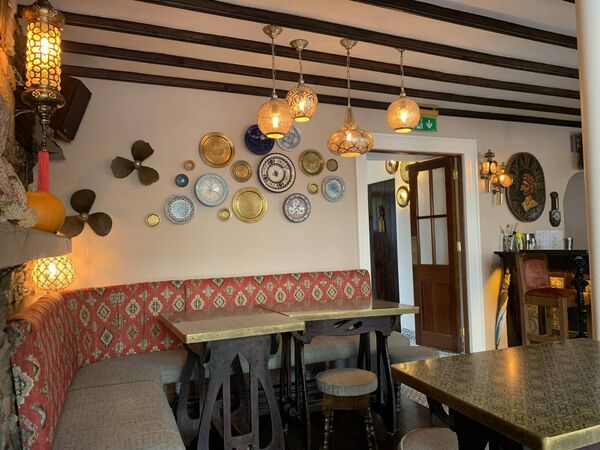 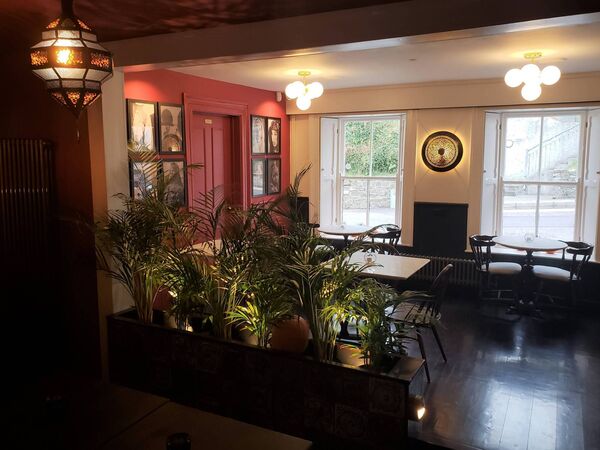 Outback, a beer garden was reconfigured — by adding a tiled seating area to an unused planter under an existing grape vine. There was also an old shed which William says once housed the first flush toilet in West Cork. 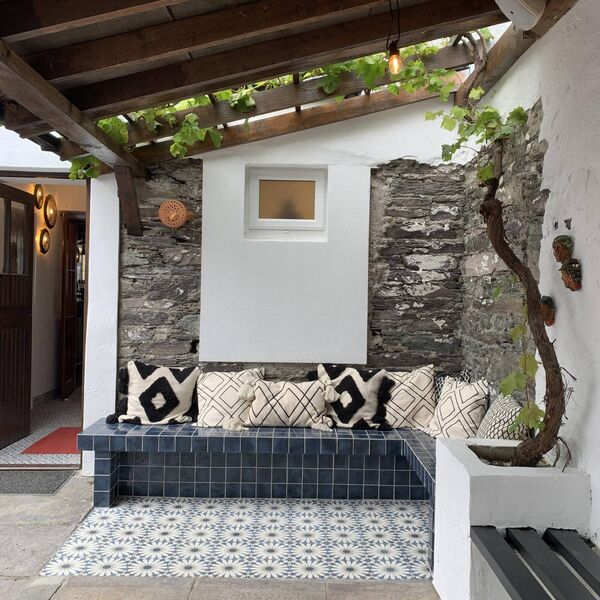 The beer garden, after the fitout

“The plumbing was still in place, even the broken-off remains of a Thomas Crapper toilet. The floor was about 60mm below the current grade of the beer garden so we raised it and extended the plumbing and put the old loo back into service,” says William.

They’ve also added a retractable awning over the beer garden so it’s usable all year.

Back inside, an image of the man who headed up the Sack of Baltimore in 1631 – Jan Janszoon van Haarlem, aka Murad Reis – was hung over the bar. 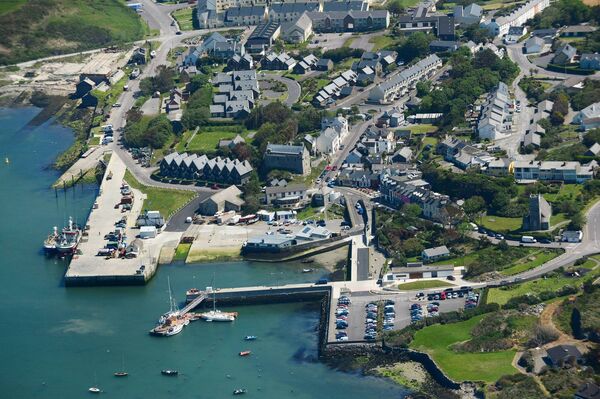 This same man gave birth to a son — Anthony Janszoon van Salee — who went on to become the first settler in Brooklyn and possibly the first Muslim to settle in the New World.

The Vanderbilts, one of American’s wealthiest families, are thought to be descendants.

Plenty to chew on then at The Algiers Inn, which has all the hallmarks of a truly intoxicating tale.

The FitOut Awards will be presented at the Clayton Hotel Burlington Road in Dublin on Wednesday, November 24.